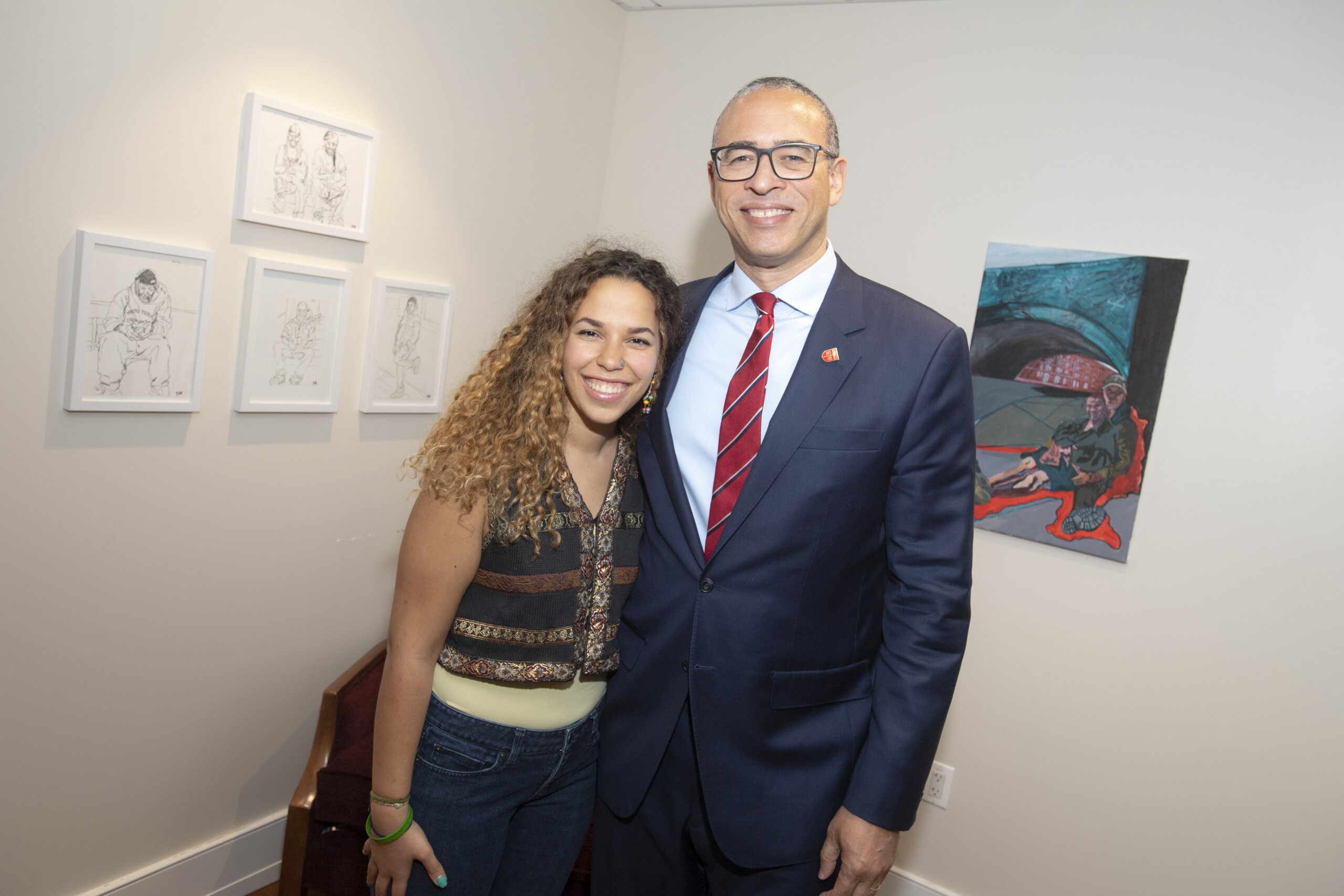 In September 2020, Mason Gross School of the Arts Art & Design student Tehyla McLeod grabbed her sketchbook and headed to the New Brunswick Train Station. Her goal: create portraits of the displaced and struggling community of people who congregate at and around the station.

McLeod, who said her religious faith spurred her to launch the project, was initially met with a measure of suspicion. But the young artist was tenacious: She kept returning to the downtown station, spending most Fridays hanging out, talking, and, eventually, with the people’s consent, drawing.

Not everyone welcomed McLeod; at times, she said, she was met with stares. She witnessed fights. But little by little, she forged a rapport with some of the people she encountered, getting to know them by name, people like Dominique, who shared stories about her children, and Ernest, a father of five who invited McLeod to his cardboard dwelling.

The result is an intimate portrait series not of the homeless, but of individuals whose facial expressions and body language reveal them as three-dimensional people with history, joys, sorrows, and, perhaps most importantly: dignity.

Four of McLeod’s sketches and one of her paintings were also installed last month in President Jonathan Holloway’s office suite at Winants Hall. On April 28, he greeted her at a reception along with Art & Design students Grace Lynne Haynes and Kyle b. co., both of whom also have artwork on display at Winants. 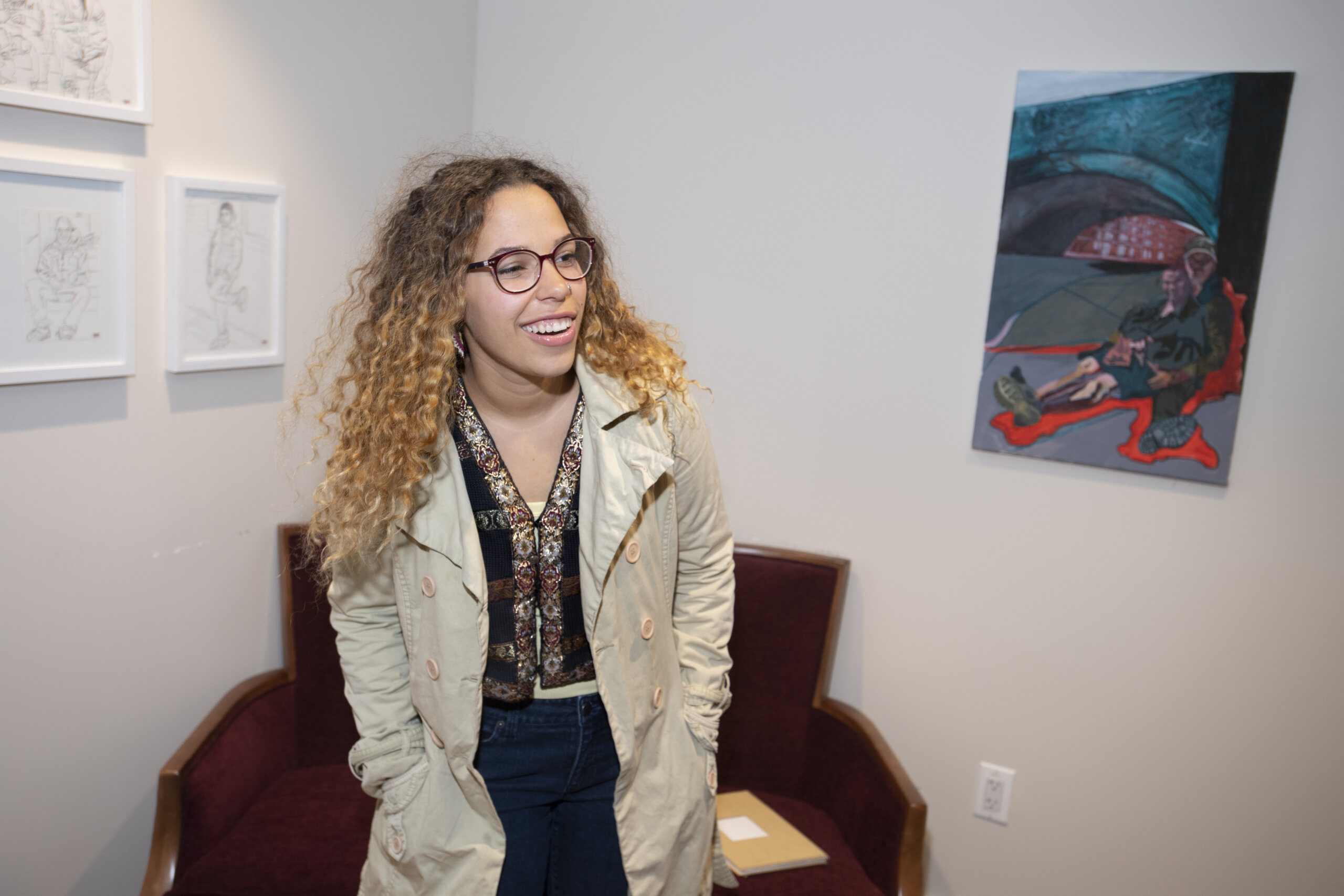 Tehyla McLeod (MGSA ’23), speaks near their artwork that is displayed on Winants Hall located at College Ave campus 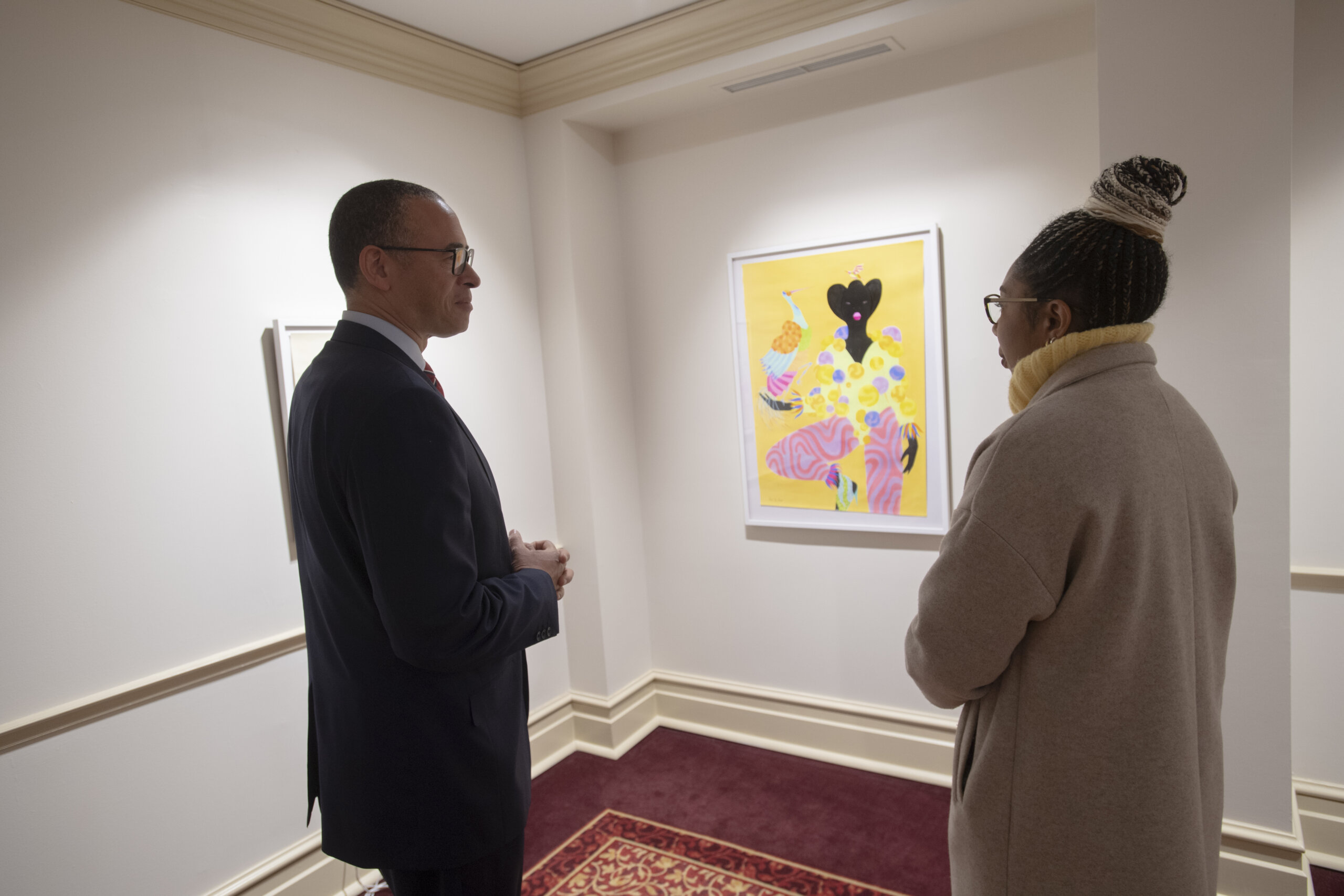 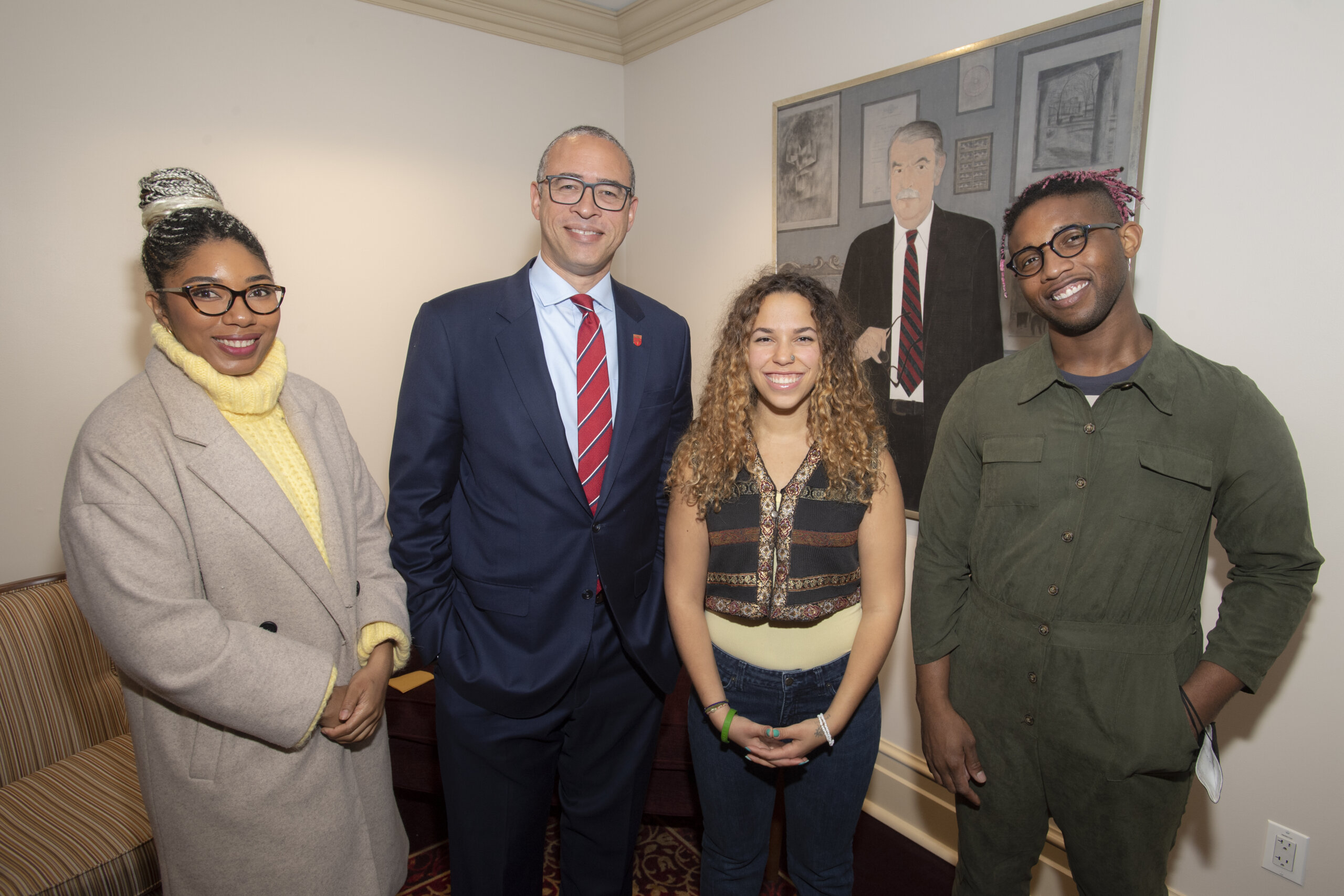 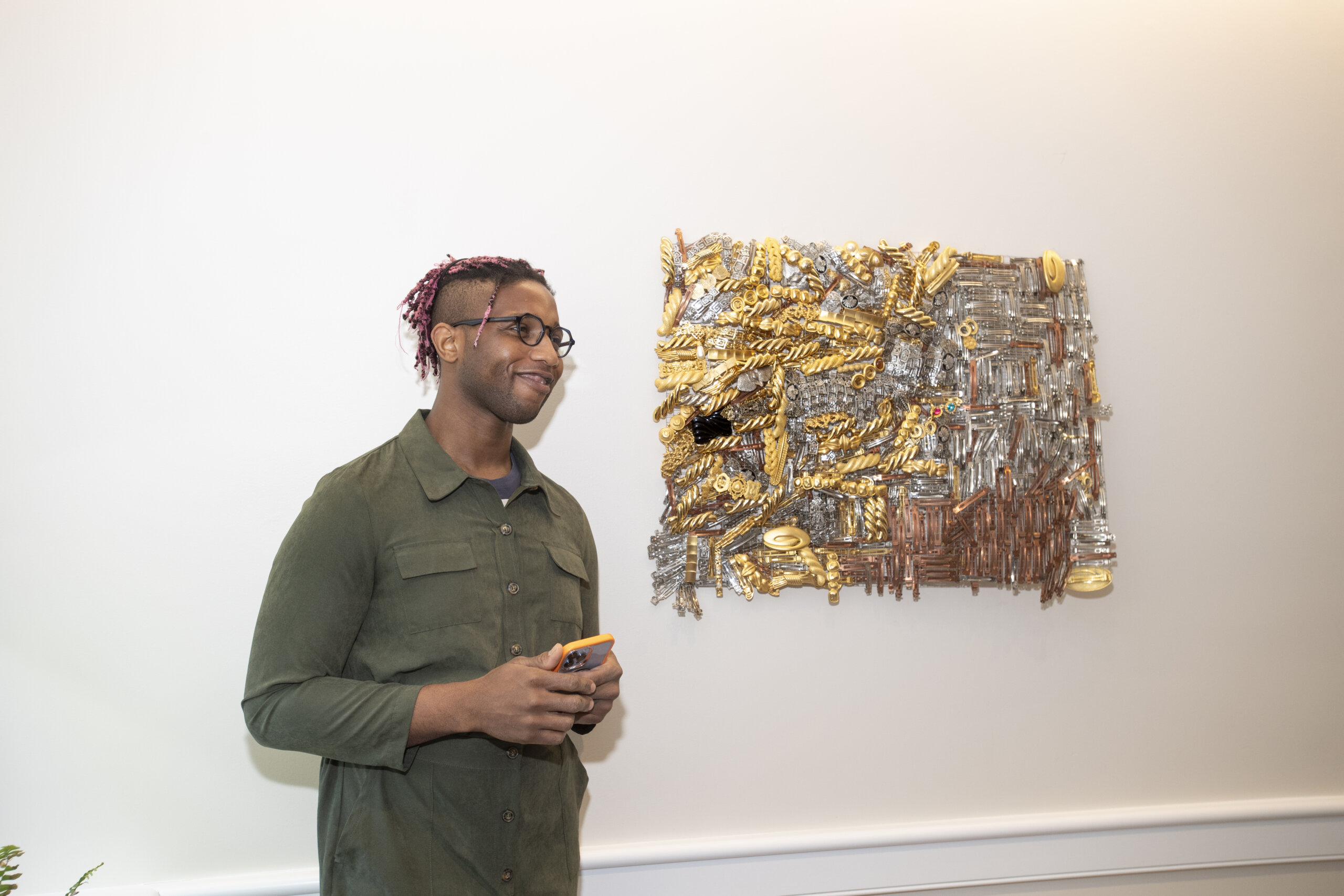 Kyle b.co. (MGSA ’22), MGSA part-time lecturer, speaks by their artwork that is displayed on the wall in Winants Hall on College Ave campus
Read more on Rutgers Today