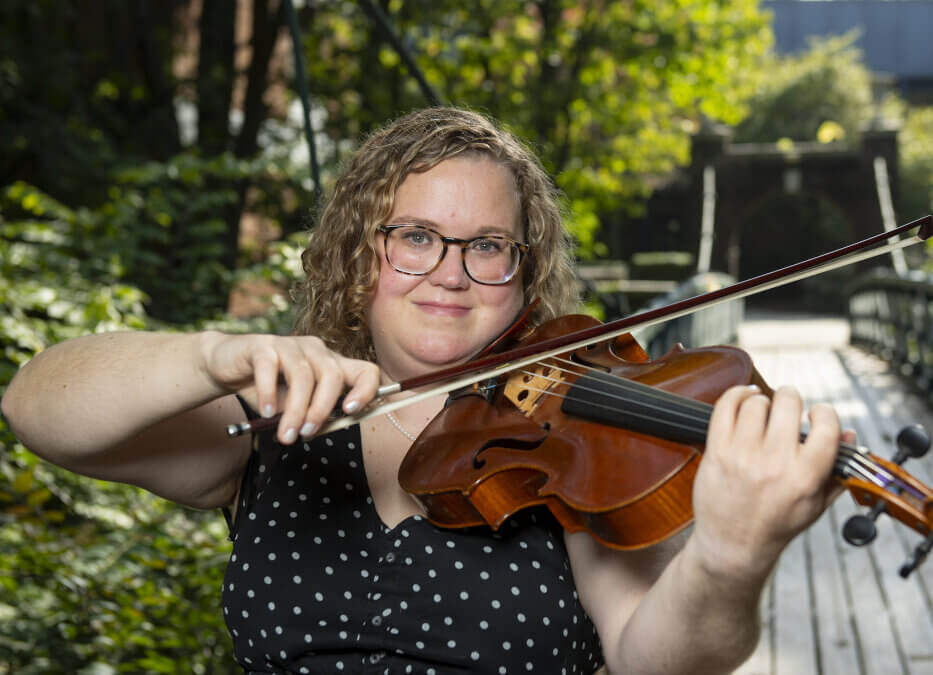 “I know of so many people in music schools, and people who have jobs in orchestras later on, who develop medical issues from singing or playing, and it’s so hard to find doctors who understand what it means to spend five hours in the practice room,” says Palm. “It might not be possible to say ‘oh, I’ll stop playing for six or eight weeks.’”

That’s the advice Palm was given when she sought treatment for elbow pain and went from doctor to doctor searching for a practical solution. Now, Palm is working toward a doctor of musical arts degree in viola performance at Mason Gross School of the Arts to gain expert knowledge of the physiology of playing, she says, in order to best help her patients.

“The higher the level of my playing, the better I will understand and be able to figure out other people’s problems,” says Palm, who has a bachelor’s and master’s degree in violin performance. “But I also want to pay attention from a medical perspective so that [musicians] don’t develop problems, because I think prevention is better than treating.”

Palm grew up playing violin in Germany, where she earned a medical degree while at the same time studying at a conservatory in Cologne. At the time, she thought she might pursue a research-based medical career, but she says she always knew music would be in her life.