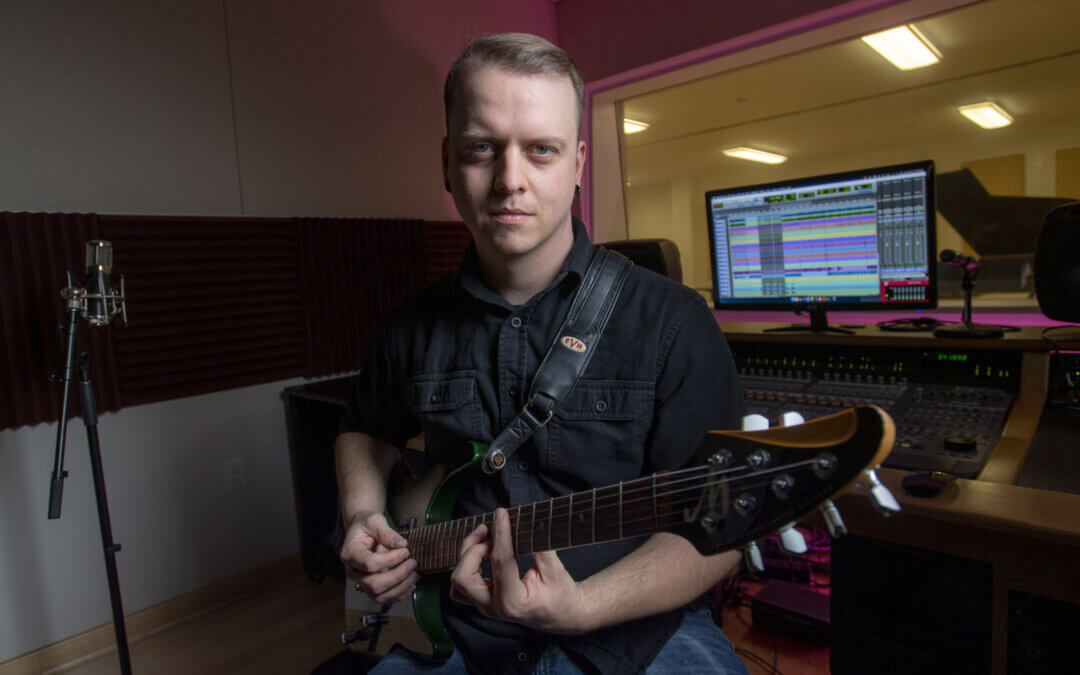 Aaron Vaders-Collins is a first-year doctoral student at Mason Gross School of the Arts pursuing a degree in music composition and the emerging field of ludomusicology, the scholarly analysis of video game music. A mashup of technology and music theory, engineering, and production, the subject is a perfect blend of Vaders-Collins’s interests.

Vaders-Collins has been moving toward a certain career path since the age of 4, when he started playing video games on an Atari 2600, challenging his skills with early-’80s classics like Pitfall! and Adventure. As the technology evolved, the systems and games grew more complex, with richer visuals and sophisticated soundtracks.

Later, as a self-taught guitarist, Vaders-Collins began to recreate the games’ music by ear and write his own arrangements. An unshakeable passion for video game music was born.

“If you grew up playing video games and you also play an instrument, you don’t initially think, video game music should be where I go in life,” says Vaders-Collins. “But over time it just kind of inches in that direction.”