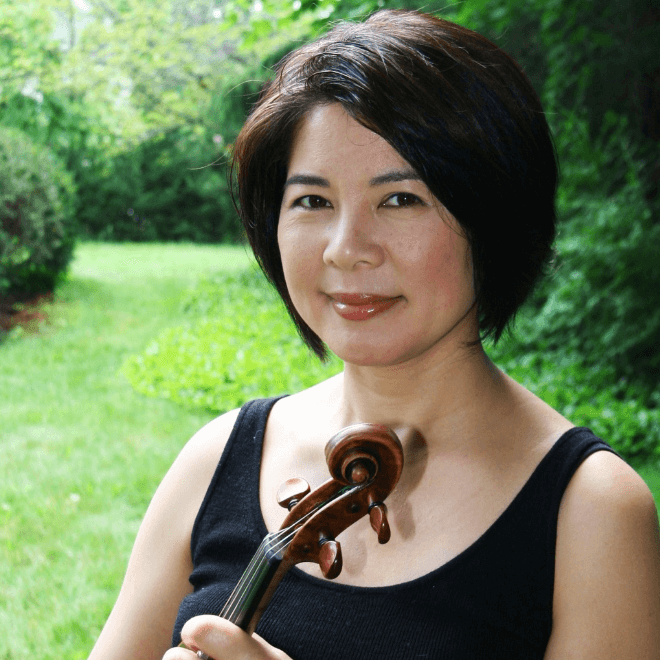 Yen Yu grew up in Wuhan, China into a musical family and studied violin with her father at an early age. Yu entered the Wuhan Conservatory of Music at age 14 to study under the tutelage of Professor Xin-Min Zhou.

In 1982, Yu was chosen by world-renowned violin pedagogue Dorothy Delay to study with her as a full scholarship student at the University of Cincinnati College-Conservatory of Music, and later at The Juilliard School in New York City. Yu also studied with Kurt Sassmannshaus, Masao Kawasaki, and Robert Murray, and has spent many summers at the Aspen, Grand Teton, and Tanglewood Music Festivals.

Before moving to Montclair, New Jersey, Yu worked for more than 10 years as a core member with the Richmond Symphony Orchestra in Richmond, Virginia. She also taught at both Virginia Commonwealth University and University of Richmond in Virginia. Yu has performed as soloist with orchestras in China, Europe, Mexico, and in the United States. She is an active chamber musician and solo recitalist.

Yu is passionate about her mission as a teacher and classical music messenger to foster the next generation of musicians. Since 2014, she is the Director of Chamber Music Dolomiti in San Gregorio nelle Alpi-Belluno, Italy and founder of the Montclair Arts Center in Montclair, New Jersey, USA.