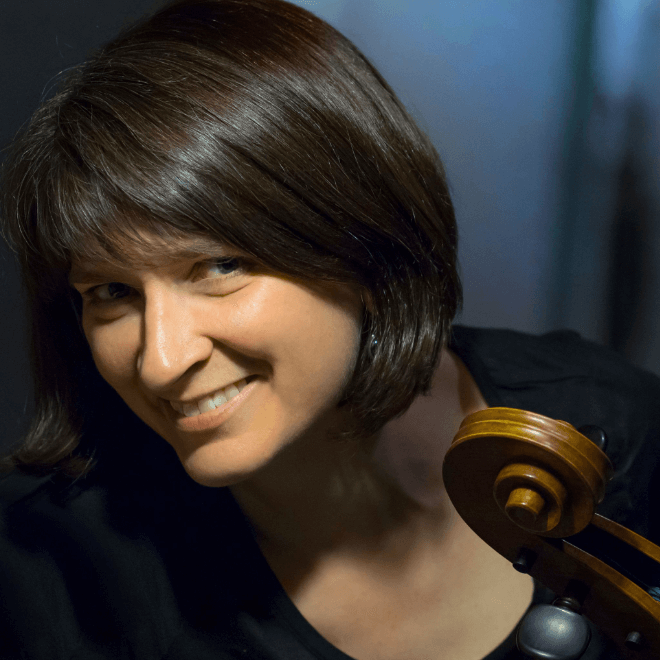 Chapman holds a doctorate of music from SUNY Stony Brook, where she studied with Timothy Eddy. She teaches cello at Mason Gross School of the Arts, Kean University, and Princeton University, and is a member of the artist faculty of the Brevard Music Festival.

Chapman has served as principal cellist for Helmuth Rilling’s Oregon Bach Festival and the Mostly Mozart Festival Orchestra. She is a former member of the Saint Paul Chamber Orchestra, and frequently performs with the New York Philharmonic and the Orpheus Chamber Orchestra. In recent seasons, she has toured major concert halls of Southeast Asia, Europe, South America, and Japan, as well as Carnegie Hall and Lincoln Center.

Premiering new works by American composers, Chapman has performed with the Bang-on-a-Can All-Stars and is a member of Cygnus, a contemporary music sextet. Chapman has appeared as soloist at Jacob's Pillow with the Mark Morris Dance Company, in works designed for and premiered by Yo-Yo Ma. She also traveled to Australia with Bang-on-a-Can All-Stars to perform contemporary concertos in the Sydney Opera House as part of the Olympic Arts Festival.

Chapman has spent several summers at the Marlboro Music Festival, performing with such artists as Midori, Samuel Rhodes, and Isidore Cohen. She has toured nationally with Musicians from Marlboro. Her chamber music performances have been heard at the 92nd Street Y, BargeMusic, Weill Recital Hall, Merkin Hall, the Metropolitan Museum, the Library of Congress, on NHK Television, and on WNYC radio. She has recorded CDs for the Sony, Bridge and Art Works labels with Orpheus, the New York Philharmonic, and Cygnus.