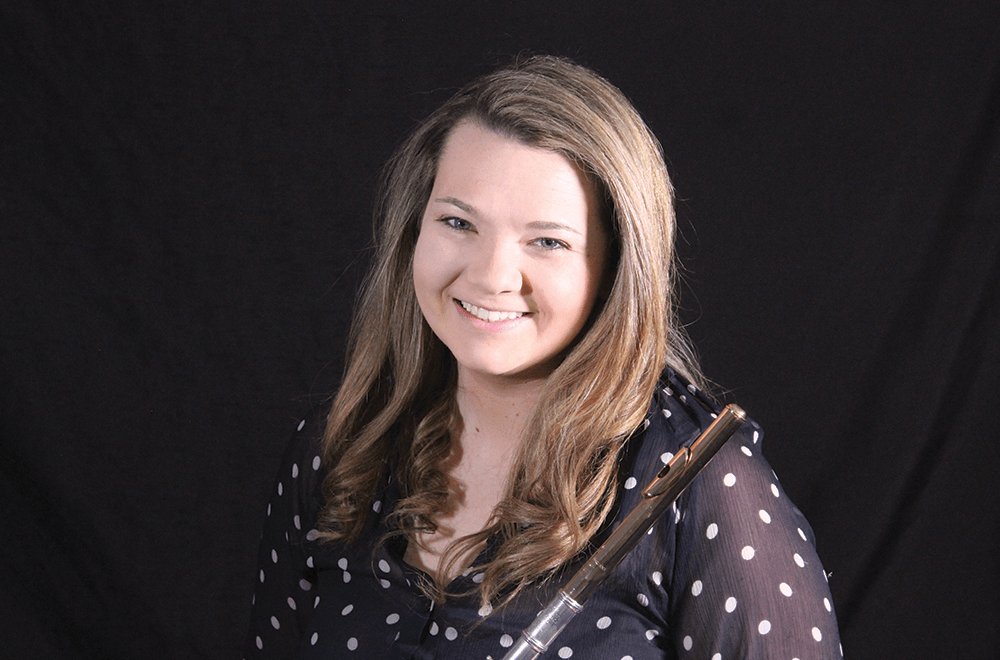 The most exciting part of teaching is helping my students find their voice and feel comfortable telling their stories through their instrument.

Schuyler Thornton is a dynamic performer and teacher who recently earned her DMA under the tutelage of Bart Feller at Rutgers University. She has performed as principal flute with Rockbridge Symphony, Waynesboro Symphony, and Sewanee Music Festival. A versatile musician, Thornton enjoys playing in pit orchestras, and recently made her Off-Broadway debut with Richard Rodgers’ No Strings at Theatre Row in NYC. She performs with Ohio Light Opera, and was principal flute and orchestra manager of College Light Opera. She was a featured performer at the New York and Wisconsin Flute Fairs, New Jersey Music Educators Association, Virginia Music Educators Association, and College Band Directors National Association conferences, and in numerous master classes. Thornton has performed on piccolo with Southern Virginia Opera and Rockbridge Symphony. Thornton has several articles published in Flute Talk and The Instrumentalist, and serves as treasurer of the New Jersey Flute Society.