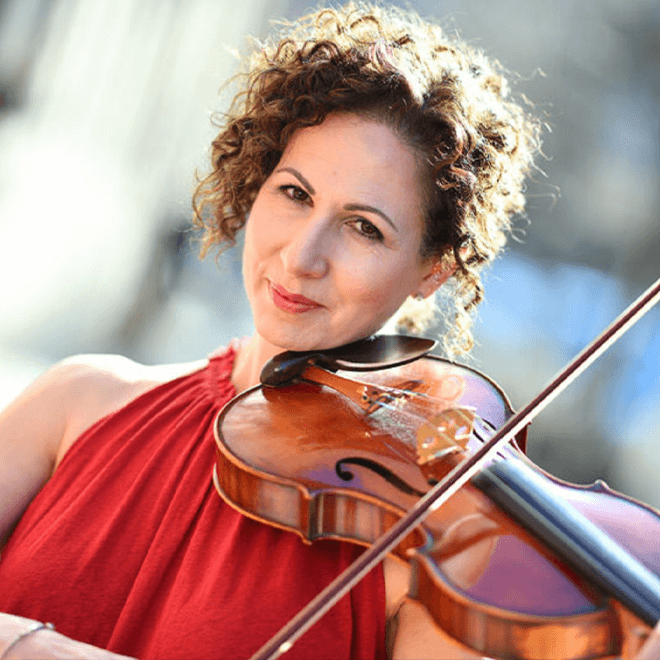 Rebecca Young joined the New York Philharmonic in 1986 as its youngest member, and in 1991 she won the position of Associate Principal Viola. She has also served as Principal Viola of the Boston Symphony Orchestra.

In the spring of 1999, Ms. Young joined Philharmonic Principal Viola Cynthia Phelps in the World Premiere of Sofia Gubaidulina’s Two Paths (A Dedication to Mary and Martha): Concerto for Two Violas and Orchestra. The work was commissioned for them by Tomoko Masur, wife of Philharmonic Music Director Emeritus Kurt Masur and herself a former violist. In 2014 the Philharmonic presented her performance of the World Premiere of Oscar Bettison’s Threaded Madrigals for solo viola.

A graduate of the Juilliard School, Ms. Young was first introduced to music at the age of two when her parents took her to the New York Philharmonic’s Young People’s Concerts led by Leonard Bernstein. Today, she is the host of the Philharmonic’s popular Very Young Peoples Concerts, intimate chamber music concerts where she has tap-danced, played drums, ridden a scooter around the stage, and even sung Gilbert & Sullivan. In 2019, her contributions to the series were acknowledged by a Ford Musician Award for Excellence in Community Service from the League of American Orchestras.