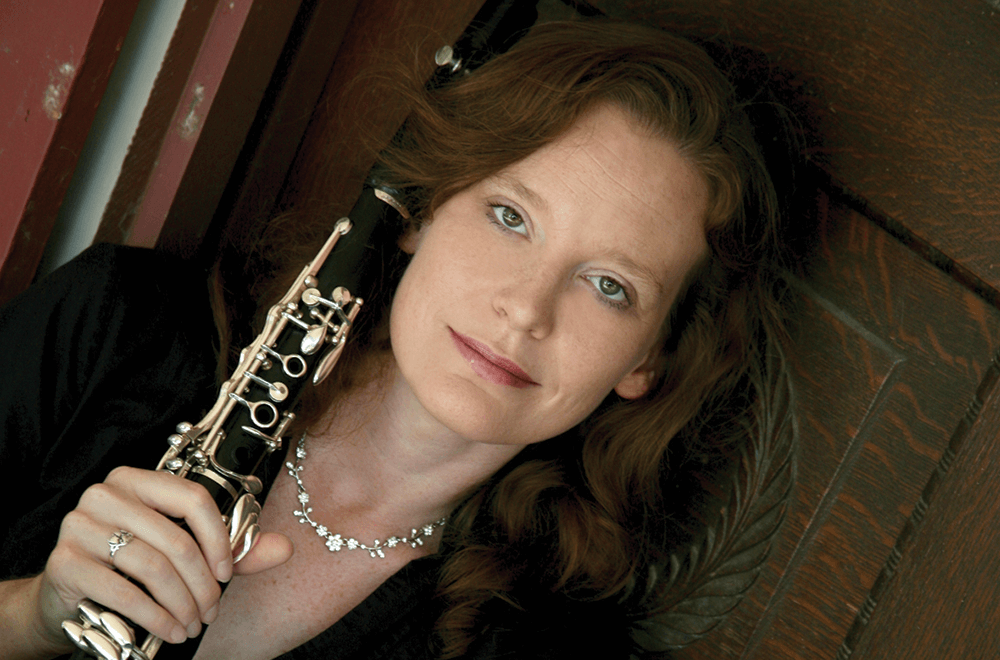 I will help you develop your artistic voice and strengthen your technical skills in an inspiring community of excellent teachers and students.

Clarinetist Maureen Hurd Hause is Head of the Woodwind Program and Associate Professor of Music at the Mason Gross School of the Arts. She has appeared in concerts and master classes throughout Europe, Asia, and North America, at New York City's Carnegie Hall, David Geffen Hall, Alice Tully Hall, (le) poisson rouge, Jazz at Lincoln Center, and Merkin Hall, and with the American Symphony Orchestra, the New Jersey Symphony Orchestra, the New York City Opera Orchestra, the Broadway production of The King and I at Lincoln Center, and others. She has performed at International Clarinet Association ClarinetFests® in Belgium, Italy, Japan, Canada, and the US and at the Norfolk, Skaneateles, Lancaster, and Zodiac Festivals. She has recorded for Naxos, MSR Classics and Marquis Classics, including her solo CD, Spelunk, of premiere recordings of American clarinet works by William Bolcom, Evan Hause, Allen Shawn, Alan Shulman, and Robert Starer.

She recorded Michael Daugherty's concerto for clarinet and wind ensemble, Brooklyn Bridge, with the Rutgers Wind Ensemble. She earned masters and doctoral degrees from the Yale School of Music where she worked with materials in the Benny Goodman Papers; she has presented lectures and performances on Goodman's classical commissions at Yale, Carnegie's Zankel Hall, the Bruno Walter Auditorium of the New York Public Library for the Performing Arts, and the University of North Texas. She was featured in the premiere of the last work commissioned by Goodman, Allen Shawn's Concerto for Clarinet, Cello, and Chamber Orchestra, in Fall 2019 with the Rutgers Symphony Orchestra in the newly opened New Brunswick Performing Arts Center. A native Iowan, she earned her undergraduate degree at Iowa State University. Her primary teachers were David Shifrin, Charles Neidich, Joseph Messenger, and Ayako Oshima. She is a Selmer Paris Artist, a D'Addario Artist, and a Silverstein ProTeam Artist.