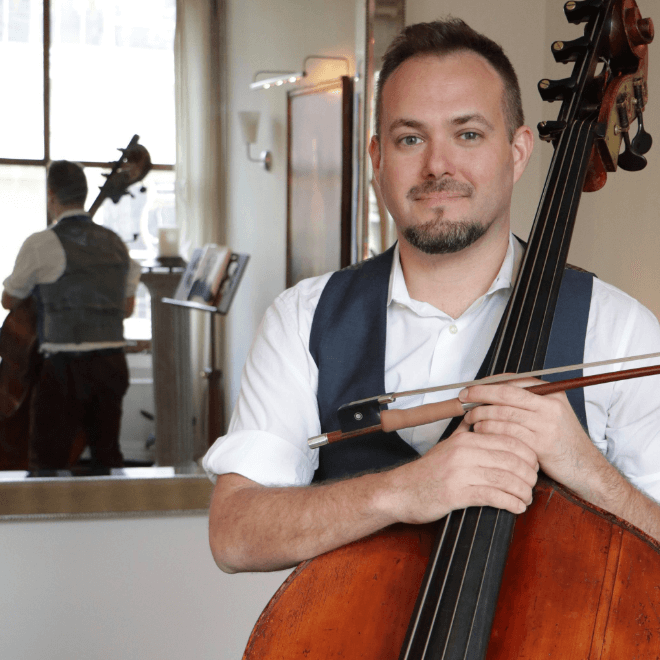 As a member of Sybarite5, Louis Levitt was the first double bassist to win the Concert Artist Guild Competition. Since then, he has performed with Sybarite5 in hundreds of concerts across the nation recent highlights include Carnegie Hall, Lincoln Center, the Library of Congress, Wolf Trap, Grand Tetons Music Festival, and the Aspen Music Festival. Internationally, he has appeared at the New Docta International Music Festival in Argentina, Tuckamore Chamber Music Festival in Newfoundland Canada, Osaka Festa, in Japan, and at the Forum in St. Thomas Virgin Islands. His self-produced debut EP with Sybarite5 cracked the top ten on the Billboard charts, and its follow-up LP, Everything In Its Right Place, was released at Carnegie Hall on CAG Records.

In addition to his position at the Mason Gross School of the Arts, he is also a guest soloist and lecturer. Levitt has recently performed and spoken at the Curtis Institute, New England Conservatory, Mannes School, the annual Chamber Music America conference, and the national APAP arts conference. He is also a principal double bassist of the Iris Chamber Orchestra in Memphis, TN, and maintains a position with the Sarasota Orchestra in his hometown of Sarasota Florida.