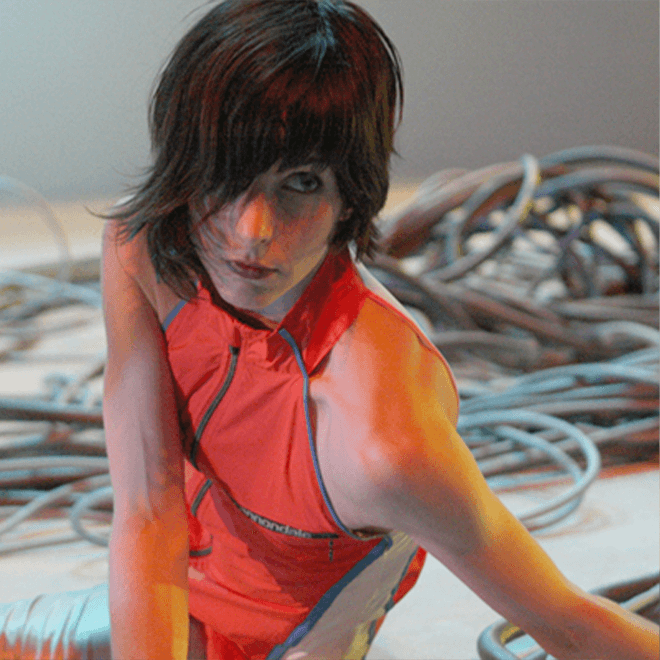 Laura Peterson is a NYC-based dance artist creating works that challenge the limits of physicality and reframe performance spaces. Influenced by the visual art of the 1970’s, she simultaneously creates visually arresting installations and rigorous choreography. Her performances have included large-scale paintings, 1000 sq ft of living lawn, 16 ft tall paper sculptures, and other giant structures. Peterson has been awarded residencies and commissions for the last twelve years both nationally and internationally. Her works have been presented in the US at venues including The Kennedy Center for the Performing Arts, Lincoln Center Out-of-Doors, Jacob’s Pillow Inside/Out, and internationally in Europe and Argentina.

Recently, she performed her work SOLO as part of the Museum of Modern Art’s exhibition Judson Dance Theater: The Work Is Never Done. She was accepted to the HERE Artist Residency Program (HARP) and was a recipient of a Fellowship from the Bogliasco Foundation in Italy, and artistic residencies at Marble House Project, Jamaica Center for Arts and Learning, Subcircle, Queens Museum of Arts, and many others.