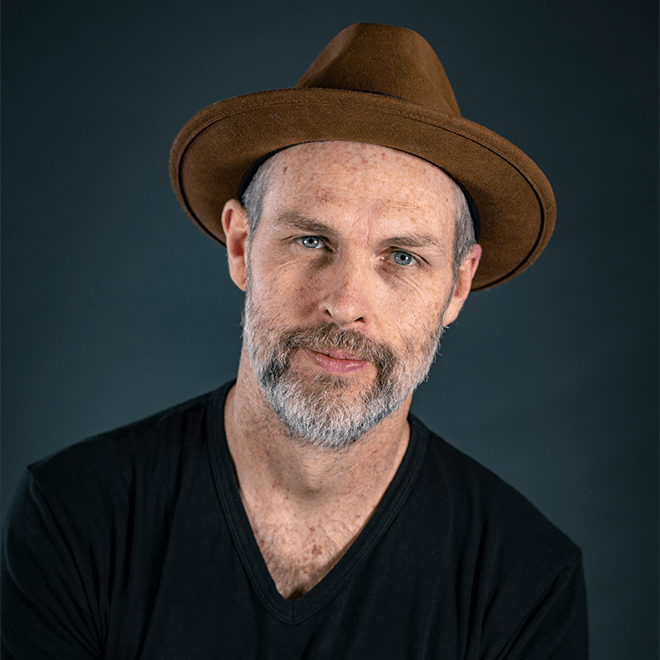 As an artist and scholar who once resisted both online education and online arts, I’ve come to feel that imagining and building new tools for learning, teaching, and experiencing the arts online is one of the most exciting and important projects we can undertake in the 21st century.

Dr. Kevin Bott oversees the online division of Mason Gross School of the Arts. His scholarly training and artistic practice are situated in the field of community-based theater. Kevin is the founder and artistic director of Ritual4Return, a program of the Stella Adler Studio of Acting through which formerly incarcerated individuals create and enact a homecoming rite of passage to mark the transition from incarceration to freedom.

In addition to his work at the intersection of criminal justice and the arts, Kevin has received funding to create community-based theater pieces focusing on race, justice, and democracy. Among these are The D.R.E.A.M. Freedom Revival (2011-2015), “a musical tent revival for freedom and democracy” in Syracuse, New York; and Every Time You See Me… (2016), an exploration of race, class, and power that was performed in Staten Island on the one-year anniversary of Eric Garner’s death.

Kevin has published his work in a number of academic journals and edited volumes. In 2019, his work on Ritual4Return was featured in Next City and The Re-Entry Chronicle, and in 2020, he was interviewed about Ritual4Return on the WABC-7 New York television program, Here and Now.

Previously, Kevin served as the dean for civic engagement at Wagner College in New York City, and before that as the associate director of the national arts and humanities consortium, Imagining America: Artists and Scholars in Public Life. Born and raised in New Jersey, Kevin is thrilled to be back in his home state and proud to be working at his alma mater. He lives in Lambertville, NJ with his wife, their three wonderful children, two sedentary cats, and one hyperactive dog!