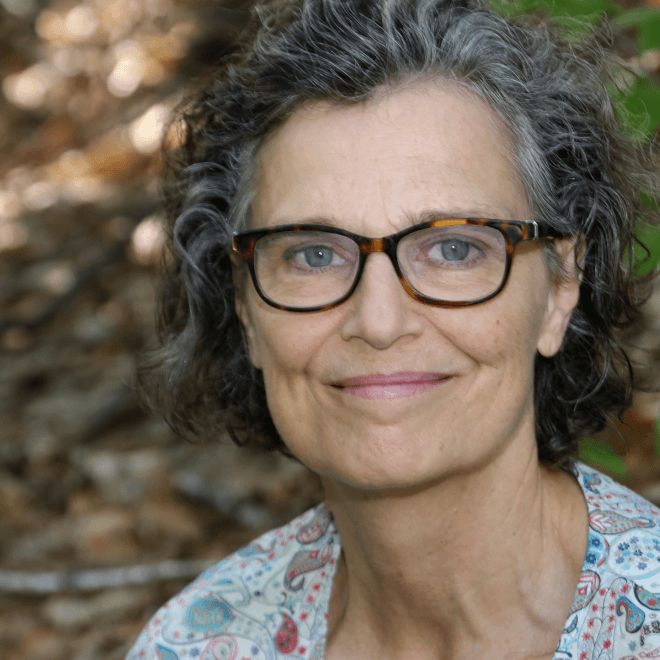 To write a play, create a story that needs actors, designers, a space, an audience to confound, delight, bring to a new place.

Kathleen Tolan began as an actor in experimental theatre and Off and off-off Broadway, regional theatre, TV and film. Her play Memory House premiered at Playwrights Horizons in Spring 2005 and has been produced at many theaters including the Actors Theatre of Louisville, Victory Gardens, Seattle Repertory Theatre, and Trinity Repertory Theatre. Other plays include Kate’s Diary (Playwrights Horizons and the Public Theatre), A Girl’s Life (Trinity Rep), The Wax (Playwrights Horizons) and A Weekend Near Madison (Actors Theatre of Louisville, Astor Place Theatre). Recent plays: The Cottage, I Was Reading a Novel by Javier Marías, and Acting School. She has written for TV and film and her plays have been published by Samuel French, Dramatist Play Service, Playscripts, and various anthologies. Commissions include from the Public Theatre, Playwrights Horizons, Classic Stage Company, Trinity Repertory Theatre, and Seattle Repertory Theatre. She received a McKnight Fellowship, a Calder Fellowship, a Thornton Wilder Fellowship, a NYFA Fellowship, two Sundance Residencies (one at UCross), and was a finalist for the Susan Blackburn Prize. Nolan has had residencies at Yaddo, the MacDowell Colony (multiple times), and Hedgebrook. She currently serves as Associate Professor and Head of MFA Playwriting at Mason Gross School of the Arts, Rutgers, and teaches a playwriting class at Barnard College.