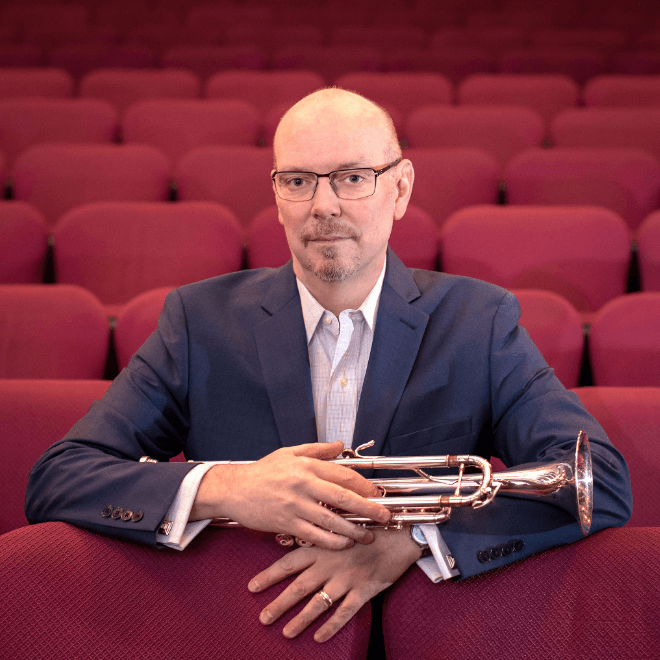 John Sheppard has been a freelance trumpet player in New York City for 36 years. He is a member of the American Ballet Theatre Orchestra and the American Symphony Orchestra. He also performs with the Metropolitan Opera Orchestra, New York Philharmonic, and Orpheus Chamber Orchestra, among many others.

John has performed in Japan many times with various ensembles, most recently in March of 2018 to open the first Japanese production of Mary Poppins in Tokyo. He has also toured Japan and Europe numerous times with Orpheus Chamber Orchestra. In June of 2018, John participated in the inaugural season of the Mayshad Festival Orchestra in Marrakesh, Morocco.

Mr. Sheppard has co-produced three recordings with the Metropolitan Opera Brass, acting as conductor, arranger and performer. His arrangements for brass have been performed and recorded by the MET Opera Brass, the Chicago Symphony Orchestra Brass, New York Symphonic Brass, Meridian Arts Ensemble, Triton Brass, and the Atlantic Brass Quintet. John has recorded extensively for radio, television and film, notably for the PBS documentary Medal of Honor and as the trumpet voice of Quincy in Disney’s Little Einsteins.

Mr. Sheppard is a graduate of the Manhattan School of Music, where he studied with Mel Broiles and William Vacchiano. He also attended California State University, Northridge, where he was a student of John Clyman, Roy Poper, and Mario Guarneri.