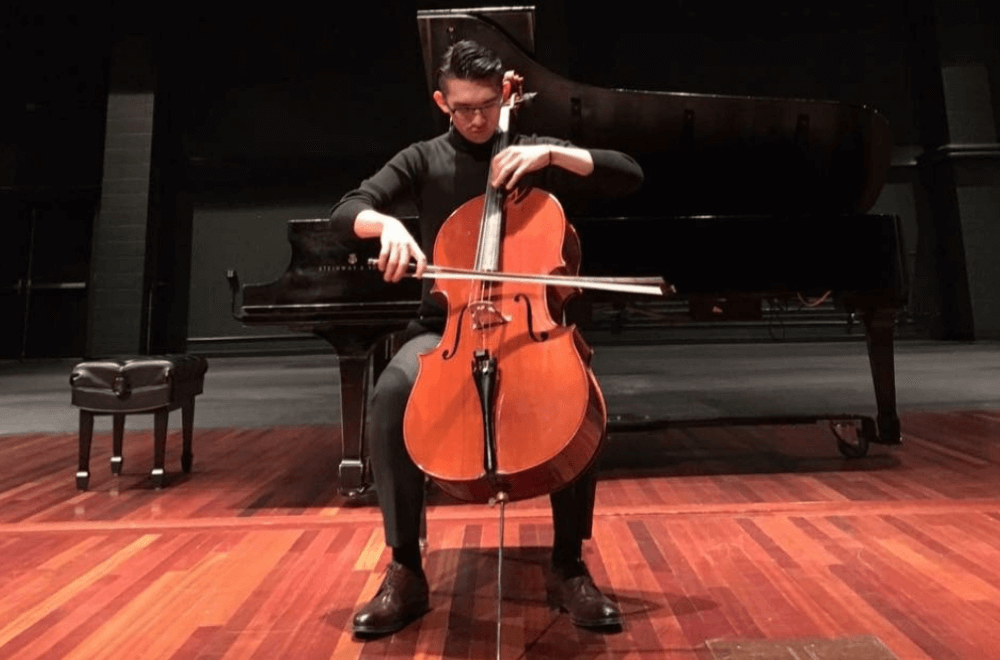 Cello is a very cool instrument. I would love to have fun with you and cello!

Cellist Jichen Li is an experienced performer and educator. He was the principal cellist of the University of Wisconsin Milwaukee Orchestra, the Tianjin Symphony Orchestra, the China Conservatory of Music Symphony Orchestra, and the Sheboygan Symphony Orchestra. He won first place in both the 2014 University of Wisconsin Milwaukee Concerto Competition and the 2015 Sheboygan Symphony's Concerto Competition. Li was a semifinalist in the Fifth Chinese Golden Bell Award for Music in 2005 and a semifinalist in the fourth Tchaikovsky International Youth Music Contest in 2002. He has performed numerous recitals in Milwaukee and Chicago.Li studied cello at the Tianjin Conservatory of Music and the China Conservatory of Music before continuing his education in the United States. He received a master's degree in chamber music performance from the University of Wisconsin-Milwaukee, while under the tutelage of Stefan Kartman. He is currently a doctoral student at Rutgers University.

Li has experience teaching students of all ages and levels. Before joining the Lindeblad School of Music, he was a faculty member at the String Academy of Wisconsin, where he taught private lessons, group lessons, and ran the outreach program. While at the University of Wisconsin he taught university-level students and was involved in the University Cello Ensemble. He taught pre-college students in Milwaukee and conservatory middle and high school students in China.