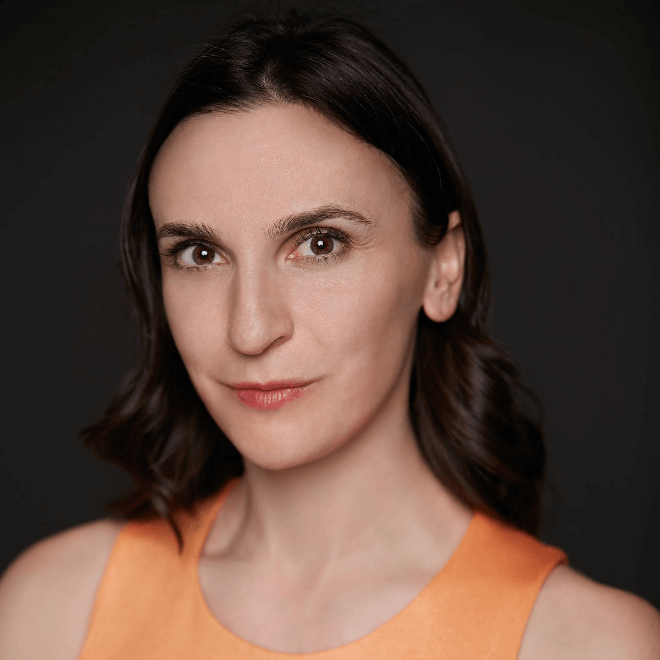 Jennifer Sydor, described as “dazzling” by The Boston Globe and “remarkable for her intense focus and vivid dramatic skill” by The New York Times, began her dance training at the Dayton Ballet School. She holds an MFA from the University of Wisconsin-Milwaukee and a BFA from Butler University. In New York City, she has enjoyed an extensive career as a freelance performer with choreographers including Laura Peterson, David Parker, Vanessa Walters, John Carrafa, John Heginbotham, Kim Brandstrup, Jill Sigman, Stefanie Nelson, Nia Love, Janice Lancaster, Sharon Moore, Ben Asriel, and Janessa Clark, among many others. She has toured internationally as a dancer with the avant-garde performance troupe and electro-pop band Fischerspooner, in collaboration with The Wooster Group. She has performed in the Bessie Award-winning productions Fraulein Maria, choreographed by Doug Elkins, and Third Rail Project’s Then She Fell.

Sydor is in her 14th season as a dancer with The Metropolitan Opera, where she has worked with Tony Award-winning directors including Mary Zimmerman, Michael Grandage, and Bartlett Sher. She has appeared in The Met Opera's Live in HD broadcasts worldwide, and on PBS's Great Performances in the operas Manon, Don Giovanni, Armida, The Magic Flute, Turandot and La Sonnambula.

Her choreographic work has been shown at Triskelion Arts (New York City), Northern Plains Dance (North Dakota), University of Wisconsin-Milwaukee, and Virginia Governor’s School (Virginia). She has taught as part-time faculty at Rutgers University, the Dayton Ballet School, and Virginia Governor’s School. Sydor is a Pilates mat instructor certified through The Kane School/Kinected Pilates under the instruction of Kelly Kane.