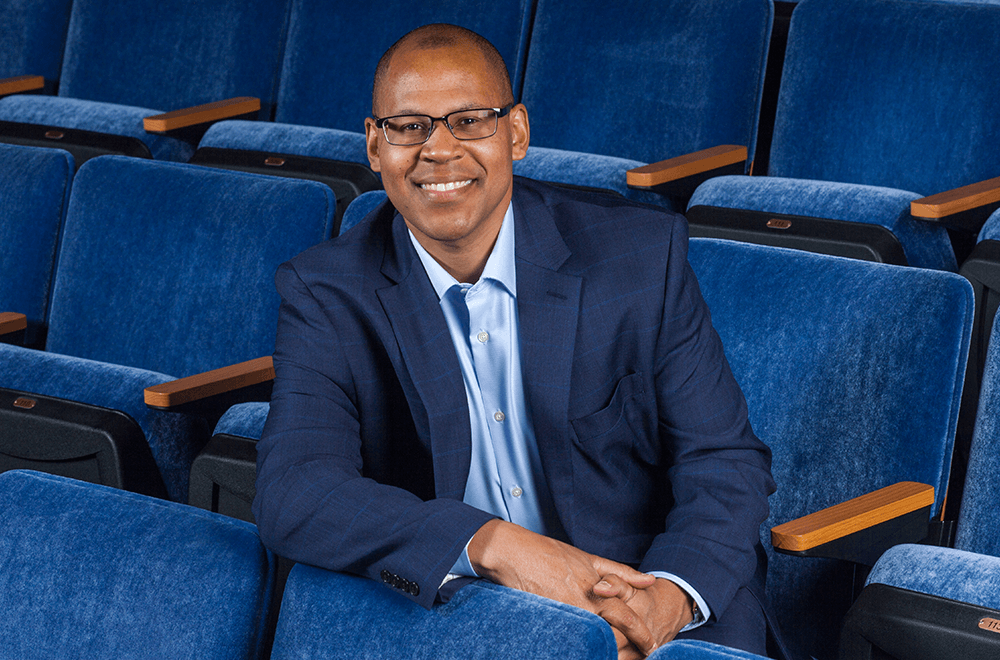 Jason Geary is Dean of the Mason Gross School of the Arts and Distinguished Professor of Music at Rutgers University. For twelve years beginning in 2004, he taught musicology at the University of Michigan School of Music, Theatre & Dance, where he also held the role of Associate Dean for Graduate Studies, Equity, and Inclusion. Prior to arriving at Rutgers, he served for four years as Director of the School of Music at the University of Maryland and was Special Advisor for the Arts within the College of Arts & Humanities. While at Maryland, Geary enhanced entrepreneurship training for students, forged ties between the arts and sciences, increased diversity across the school, and fostered more inclusive programming, all while significantly growing the school’s fund balance and more than tripling its annual fundraising totals. He also launched several community engagement initiatives, including a student live-in residency at a senior retirement community that garnered national attention, and was involved in the creation of an arts leadership minor for undergraduate students. At Michigan, Geary spearheaded multiple efforts to improve the quality of graduate programs and led a comprehensive strategic planning process around enhancing diversity, equity, and inclusion.

In addition to his administrative work, Geary is a passionate advocate for the transformative power of the arts within the research university as well as the broader community. He is in demand as a speaker at convenings of arts educators and leaders across the country and has given presentations on a range of topics at national meetings of the College Music Society, the National Association of Schools of Music, the Sphinx Organization, and the Big Ten Arts Administrators. Geary has served on the board of the 21st-Century Consort in Washington, D.C., currently sits on the Executive Board of the Alliance for the Arts in Research Universities, and was recently elected to the American Musicological Society’s Board of Directors. He is also regularly called upon to serve as consultant for higher education arts programs across North America.

As a musicologist, Geary has lectured and published widely on the music and culture of nineteenth-century Germany, in particular Mendelssohn, Wagner, Richard Strauss, and the German reception of classical Greece as it relates to the music of the period. His work has appeared in such publications as the Journal of Musicology, Journal of Musicological Research, Nineteenth-Century Music Review, and in edited collections published by Ashgate, Cambridge and Oxford University Presses. He has also authored entries that have appeared in The Cambridge Wagner Encyclopedia, The African-American National Biography, and The Oxford Encyclopedia of the Bible and the Arts. In addition, Geary has presented his research at national and international conferences in the United States, Europe, and Australia, and has delivered invited talks in a variety of settings, including lecture tours in China. He is the author of The Politics of Appropriation: German Romantic Music and the Ancient Greek Legacy (Oxford University Press, 2014) and is currently at work on two additional books. Geary has also been the recipient of several prestigious fellowships, among them a Fulbright grant for research in Berlin and membership in the School of Historical Studies at the Institute for Advanced Study in Princeton (2008–09). In 2015, he was awarded membership in the Phi Kappa Phi national honor society.