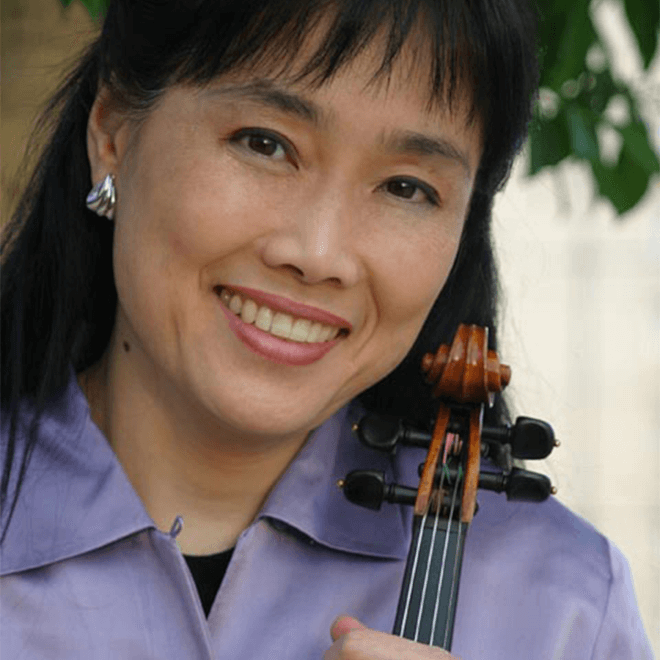 Hirono Oka is a member of the first violin section of The Philadelphia Orchestra. She made her debut in her native Japan at the age of eleven with the Tokyo Symphony Orchestra. After winning numerous competitions and awards in Japan, she came to the United States to continue her studies at the San Francisco Conservatory and the Curtis Institute of Music.

Ms. Oka has appeared as soloist with the San Francisco Chamber Ensemble, Utica Symphony Orchestra, and numerous other orchestras in the Philadelphia area. As a chamber musician she has appeared with the Marlboro Music Festival, “Chamber Music West” in San Francisco, the Theatre Chamber Players of The Kennedy Center, the Philadelphia Orchestra Chamber Music Series, Network for New Music, the Delaware Chamber Music Festival, and the Philadelphia Chamber Music Society. She has also toured throughout the United States with the Brandenburg Ensemble and Music from Marlboro. She has performed and collaborated with world-renowned artists such as Jaime Laredo, Alexander Schneider, Leon Fleischer, Yefim Bronfman and Murray Perahia.

In addition to her own private teaching studio, Ms. Oka is a faculty member of Rutgers University and Temple University and its music preparatory division, from which she was the recipient of the 2019 Inspiration Award.