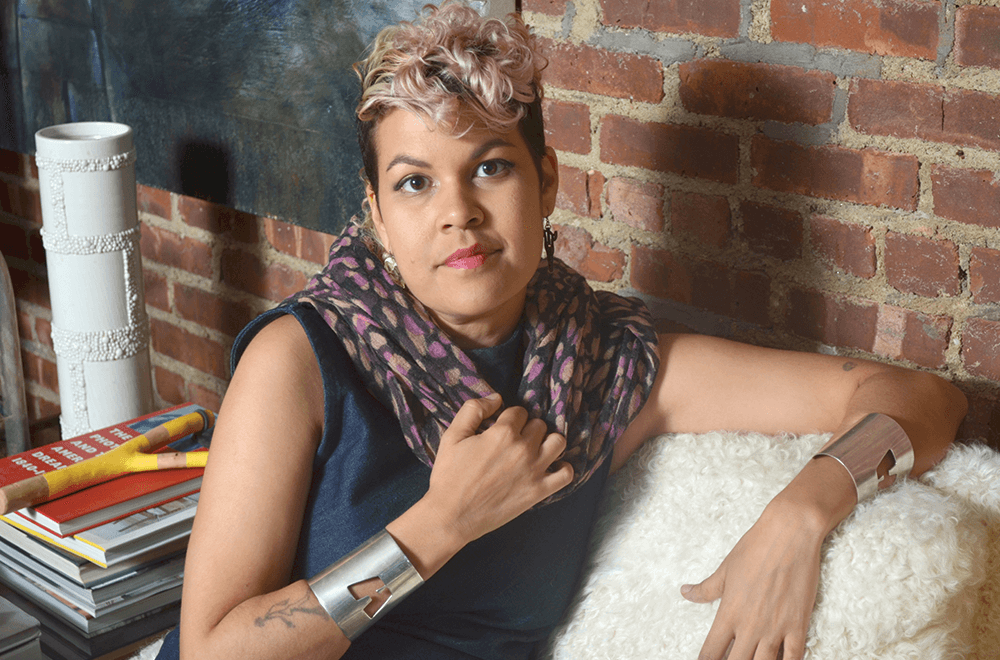 Heather Hart is an interdisciplinary artist exploring the power in thresholds, questioning dominant narratives and creating alternatives to them through architectures and viewer activation. She is interested in the intersection her personal narrative and the fascination she has with threshold spaces and with space itself. Her public works may be ‚Äúclaimed‚Äù by anyone, and their frames of reference and activation of the piece is critical to complete it. Her highly crafted projects demonstrate her technique and skill as a builder as well as a thinker who is interested in the links between people and things. She was awarded grants from Anonymous Was A Woman, the Graham Foundation, the Joan Mitchell Foundation, the Jerome Foundation, NYFA, Harpo Foundation, Creative Capital and her work has received support from the National Endowment for the Arts and Vilcek Foundation among others. Hart's solo work includes exhibits at Storm King Art Center, The John Michael Kohler Art Center, Eastern Illinois University, NCMA, Seattle Art Museum, Brooklyn Museum, University of Toronto, Brock University, Mount Mary University, the cities of Greensboro, NC and Grand Rapids, MI and a collaborative project at The Drawing Center, UNC Chapel Hill and the National Humanities Center. Among the art residencies she has completed are the Sharpe-Walentas Studio Program, the Hermitage, LMCC Workspace, Skowhegan School of Painting and Sculpture, Bemis Center for Contemporary Art, Fine Arts Work Center and the Whitney ISP. Hart holds an MFA from Rutgers University with studies at Princeton University and received her BFA from Cornish College of the Arts in Seattle.