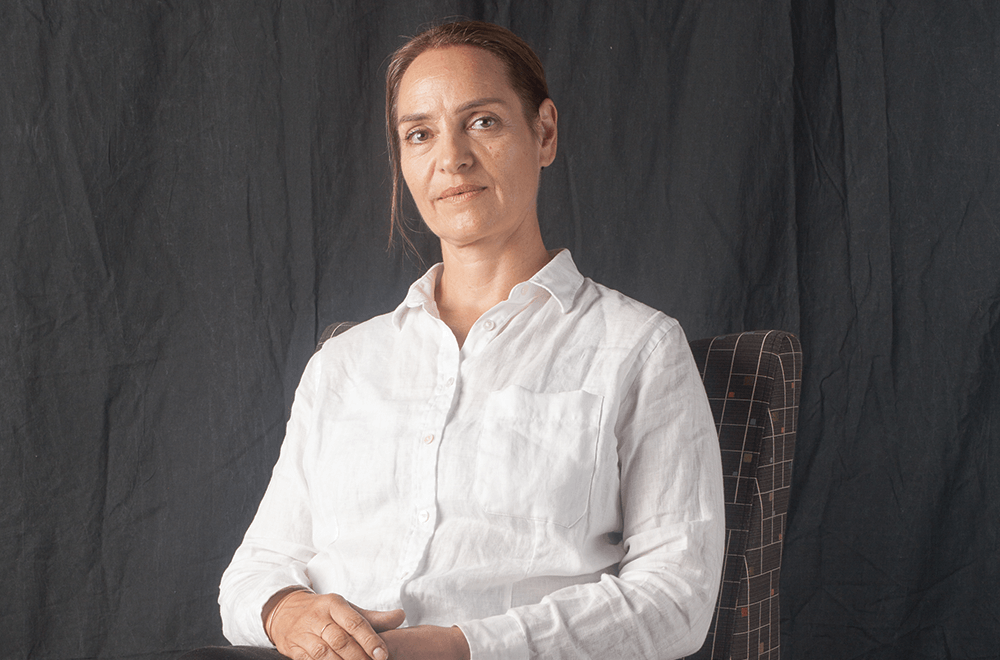 Remain curious at all times. Education only looks linear in the university catalogue.

Hanneline Røgeberg was born in Oslo, Norway and holds a BFA from San Francisco Art Institute and an MFA from Yale. Her work mines the possibilities of representation in language, history and trauma, and has been featured nationally and internationally in solo and group exhibitions at the Whitney Museum, the MIT List Center, the American Academy of Arts and Letters, the Aldrich Museum, Contemporary Art Center, Cincinnati, Vancouver Art Gallery, and at Henie-Onstad Kunst Center. Her most recent solo exhibition was with Galleri Riis, Oslo in 2019.She has received a Guggenheim Fellowship, an Ingram-Merrill grant, an American Academy of Arts and Letter Purchase Award, an Anonymous Was A Woman grant and a Westaf/NEA grant, among others. Prior to Rutgers Mason Gross, Hanneline taught at University of Washington, Cooper Union and Yale School of Art, and was a visiting artist at Skowhegan in 2009.