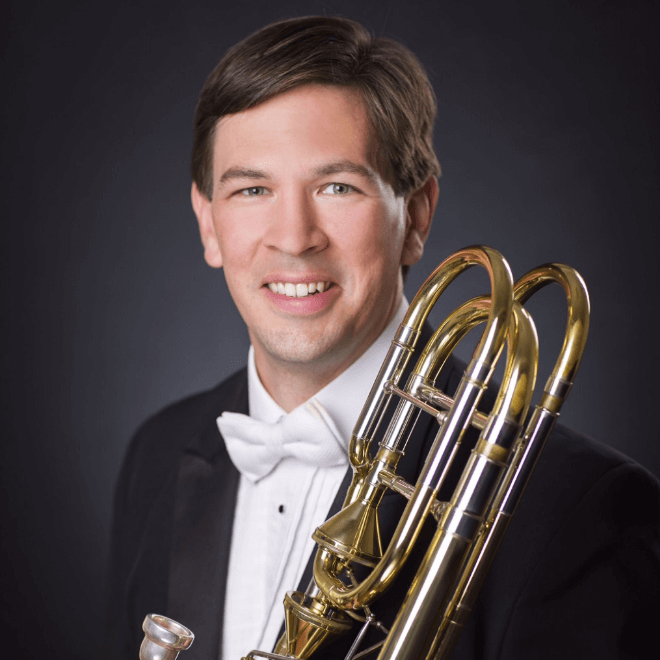 George Curran became bass trombonist of the New York Philharmonic in 2013. Prior to that, he was a member of the Atlanta Symphony Orchestra and a fellow with the New World Symphony.

Mr. Curran has premiered many new works, most importantly the title track of his solo CD Vital Signs. He was a soloist on A Beautiful Noise, Legacy, and Roadwork. He solos regularly at many workshops, including the International Trombone Festival and Slide Factory. Mr. Curran has performed concertos in Carnegie Hall, at the American Trombone Workshop, and the Midwest Clinic. He is an S.E. Shires artist and on the faculties of Rutgers University, Manhattan School of Music, and Mannes School of Music.