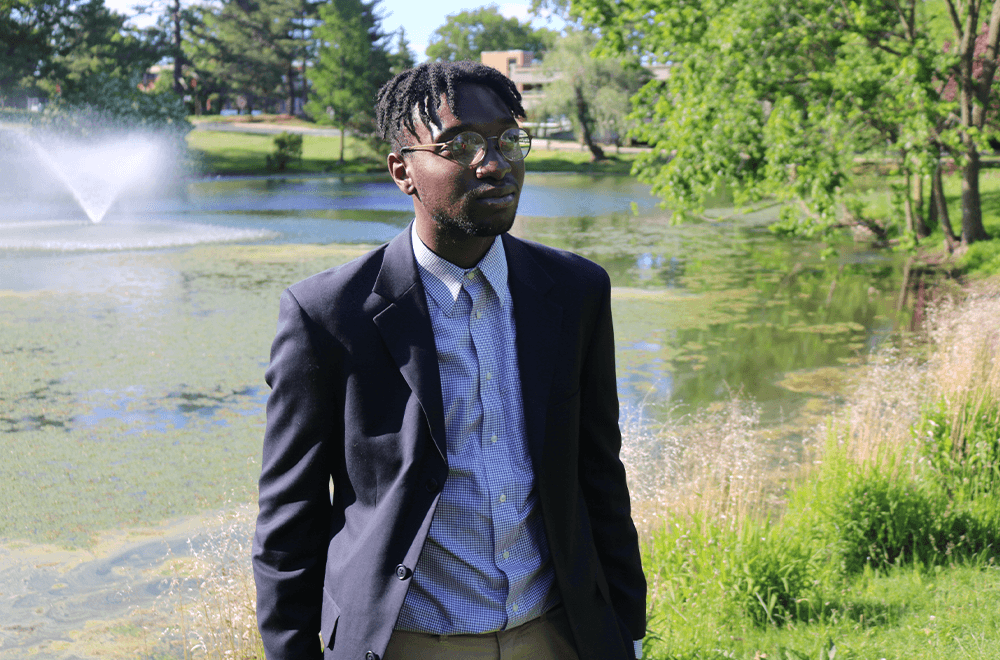 Fred Quayenortey is a Story Artist, Animator and Graphic Designer born in Elizabeth, NJ and raised in Old Bridge, NJ. The work he has been creating involves topics such as self-agency, and technology, which functions as a leeway to discussing the idea of productivity. One of his main characters is named “Kime,” translated to “decision,” a reminder that it is better to make a wrong decision than none at all. Other characters in his projects find themselves trapped in precarious scenarios where they are forced to contend with not only their present, but how to move beyond it. Fred Quayenortey, through his stories, creates characters through which the fear and emotion of decision making can be explored.