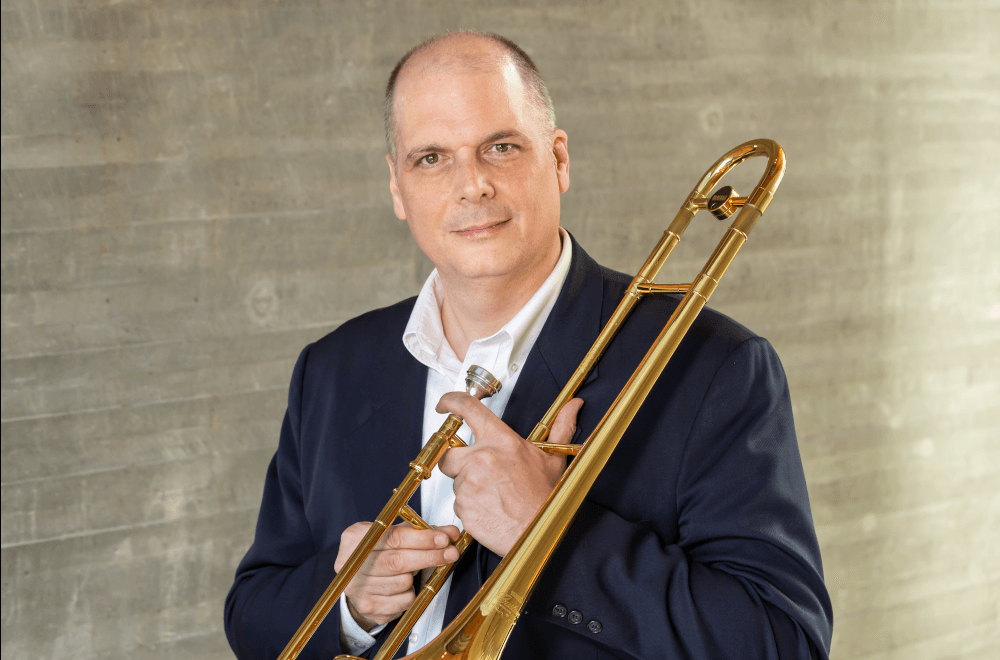 You'll become an improviser for life.

Trombonist Dave Miller was born in Waukegan, Illinois. He attended Interlochen Arts Academy on scholarship and University of North Texas under Don Jacoby. He left college to go on the road with the Artie Shaw's Band.In 1991, Dave went to NYC to rehearse with the Temptations for a tour of South Africa at the invitation of Nelson Mandela. Though the tour fell through, Dave stayed in New York and joined the Latin music scene performing with artists including Celia Cruz, Eddie Palmieri, and La India.

In 1999 Dave joined the Harry Connick, Jr. Orchestra, with whom he recorded and toured internationally Dave has also performed and recorded with Clark Terry, Les Paul, Frank Foster, Bobby Sanabria, and many others.