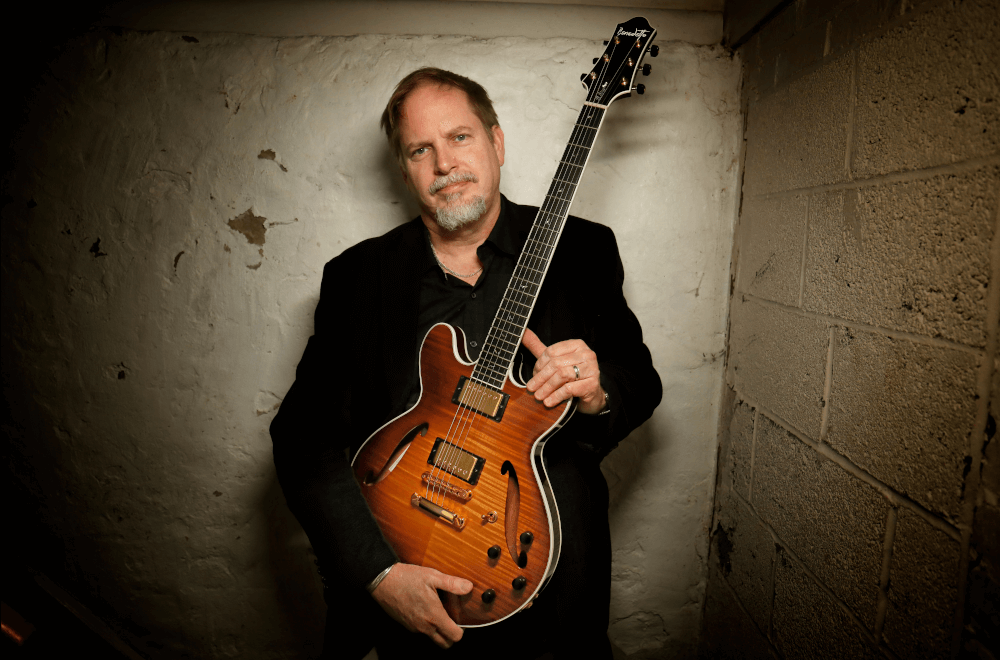 Dave Stryker grew up in Omaha, Nebraska and moved to New York City in 1980, where he was a member of organist Jack McDuff’s group for two years before joining saxophonist Stanley Turrentine’s quintet. From 1986-1995, Stryker played with Turrentine at all the major festivals, concert halls, and clubs throughout the world, and with such jazz greats as Dizzy Gillespie and Freddie Hubbard. He is featured on two Turrentine recordings (which include Stryker’s own tune “Sidesteppin”). Stryker continued to work with Turrentine and was with him during his final week at the Blue Note in NYC.

Playing alongside the tenor legend helped Stryker realize the importance of having his own sound. He has recorded and published over 150 of his own compositions and has released The Dave Stryker Songbook with most of his original music. Eighteen of the compositions (from the first five SteepleChase CDs) are also compiled in the book The Music of Dave Stryker (SteepleChase Music).

Dave continues to perform with The Dave Stryker Organ Trio, his Blue to the Bone Band, and The Stryker/Slagle Band. Sideman work has included vocalist Kevin Mahogany’s group, with Dave writing and arranging music for Kevin’s Telarc releases Pride and Joy and Another Time, Another Place on Warner Bros. He has played tours of Europe, Japan, Brazil, Poland, and Carnegie Hall, and has appeared on over 50 recordings as a sideman. He also has worked with Blue Note saxophonist Javon Jackson and pianist Eliane Elias.

As a producer, Stryker compiled the CD The Guitar Artistry of Billy Rogers, which is the only existing record of the brilliant playing of the late underground legend who was Stryker’s friend, former teacher and member of the Crusaders. He has also produced A Tribute to Grant Green on Evidence Music.