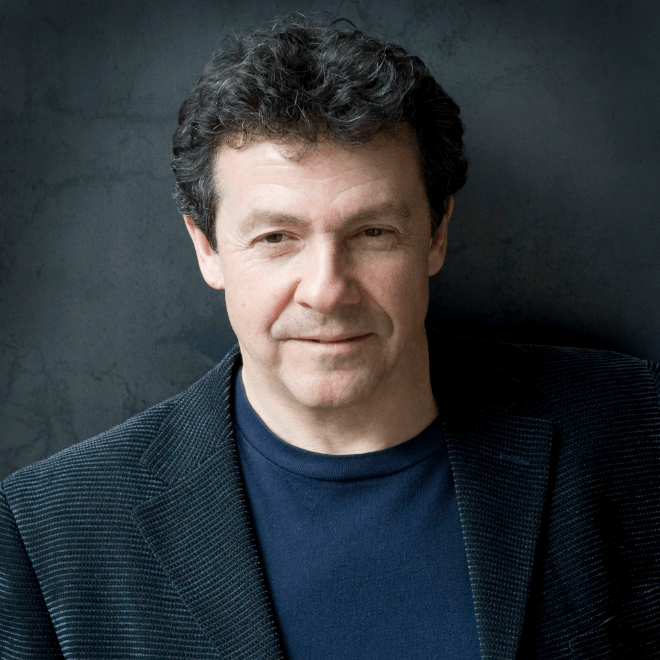 Pianist Daniel Epstein received international recognition in 1973 with his performance and recording of the Yellow River Concerto with Eugene Ormandy and the Philadelphia Orchestra, prior to the Orchestra's historic tour of China. A graduate of The Juilliard School, where he studied with Adele Marcus, he was presented in his Carnegie Hall debut recital by the Concert Artists Guild.

Winner of many awards and prizes including the Kosciusczko Chopin Award, the National Arts Club Prize, and the Prix Alex de Vries in Paris, Epstein has appeared as guest soloist with major symphony orchestras, and has given recitals in major cities throughout the world, complemented by master classes and intensive seminars for pianists. As the pianist and founding member of the Raphael Trio since 1975, Epstein has performed most of the piano trio repertoire. He has collaborated with many string quartets, including the Ying, American, Chiara, New Zealand, and Talich Quartets, as well as with the members of the Juilliard and Guarneri Quartets, along with many other distinguished chamber musicians and soloists.

Epstein is a member of the piano faculty of Manhattan School of Music (New York) and the head of keyboard at Rutgers University’s Mason Gross School of the Arts (New Jersey). He is the co-founder and director of the Raphael Trio Chamber Music Workshop in Wilton, New Hampshire.