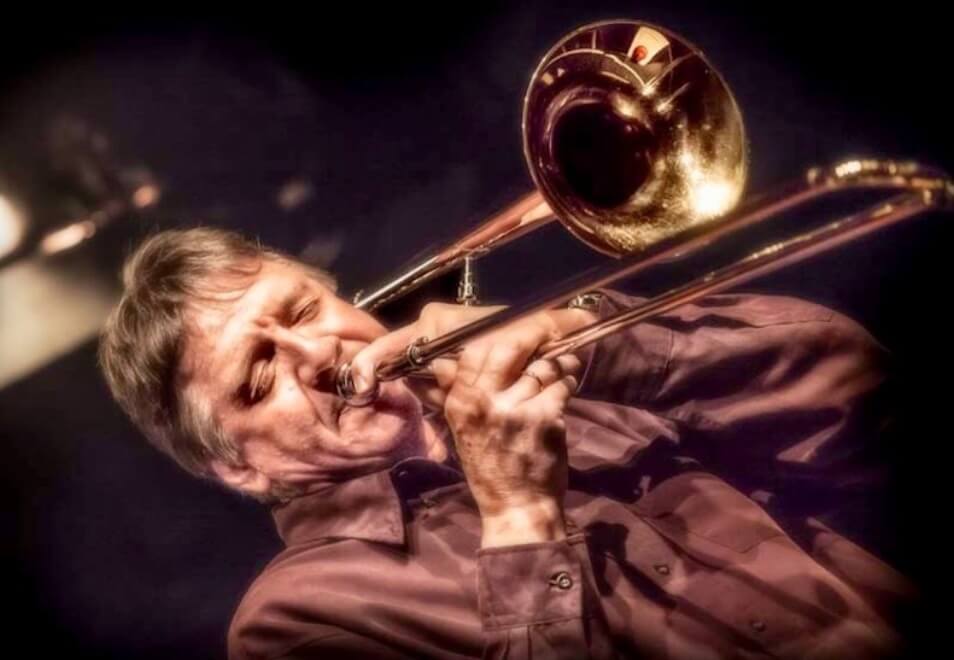 New York jazz trombonist Conrad Herwig has recorded 24 albums as a leader, receiving four Grammy® nominations. He has also been voted #1 Jazz Trombonist three times in the DownBeat “Jazz Critic’s Poll” and nominated for “Trombonist of the Year” by the Jazz Journalists Association on numerous occasions, most recently in 2017.

In constant demand as a sideman, Herwig has performed with Joe Henderson, Horace Silver, McCoy Tyner, and Joe Lovano (featured as a soloist on Lovano’s Grammy® Award-winning 52nd St. Themes CD). In the Afro-Caribbean genre he has toured with legends such as Eddie Palmieri, Tito Puente, Paquito D'Rivera, and Michel Camilo. He is a longtime member of the Mingus Big Band (for which he has served as musical director and arranger, including on the 2011 Grammy®-winning album Live at the Jazz Standard). In other big band settings, Herwig has also performed and/or recorded with Clark Terry, Buddy Rich, Frank Sinatra, Miles Davis & Quincy Jones, and the Gil Evans Orchestra. All told, Herwig has appeared on more than 200 albums in what is now a 30-plus-year career.