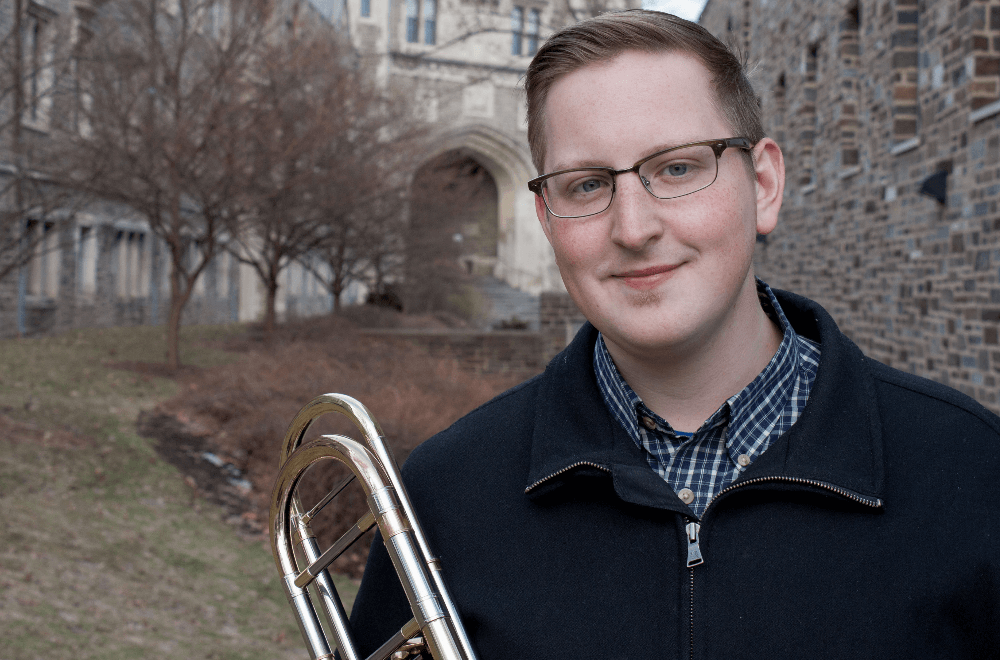 Brian Santero, hailing from Poughkeepsie, NY, has served as Principal Trombone of the New York City Ballet since 2015. Before his move to New York, he held the same position with the San Antonio Symphony. While studying at the Curtis Institute of Music, he won grand prize in several competitions, most notably the Steve Zellmer Competition and three separate International Trombone Festival competitions. He has performed with many orchestras, including the Philadelphia Orchestra, Metropolitan Opera Orchestra, Baltimore Symphony, and Fort Worth Symphony Orchestra. He is a lover of audio equipment and technology when he's not making music and enjoys cooking for his wife, Alexandra, an active oboist and chamber musician.

Santero joined the trumpet faculty at Mason Gross School of the Arts in 2019. He attended the New England Conservatory and Curtis Institute of Music, and studied with Nitzan Haroz, Norman Bolter, and James Markey.