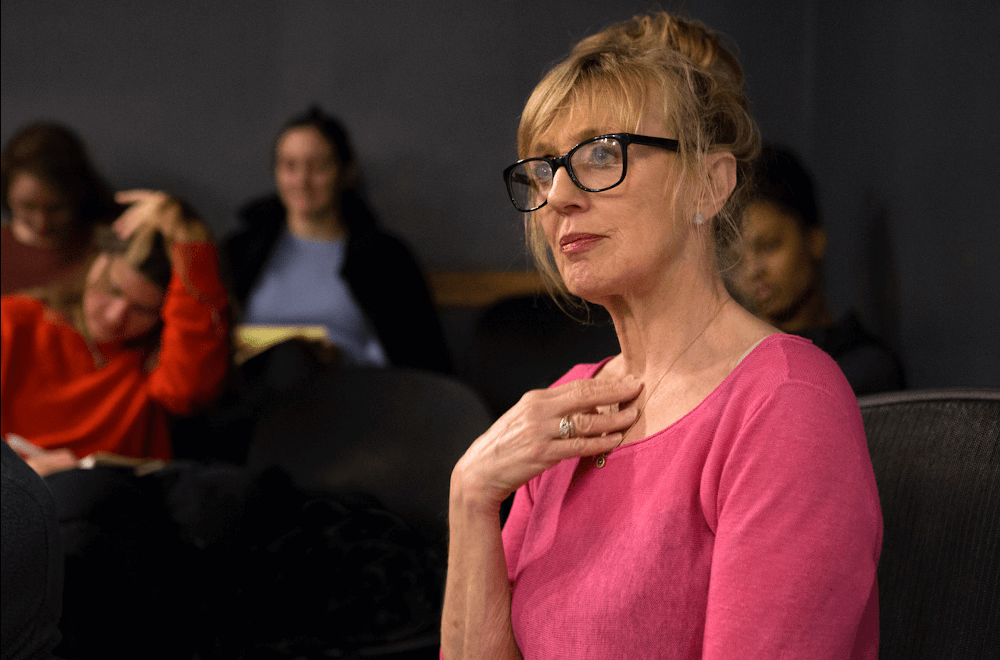 Barbara Marchant is the Head of the BFA/ MFA Acting program and Director of the Rutgers Conservatory Training Program at Shakespeare’s Globe at Mason Gross School of the Arts. She was awarded the Teacher of the Year Award by Rutgers University and is the co-founder of the Rutgers Conservatory at Shakespeare’s Globe in London England. Barbara was trained by William Esper and, for the past thirty years, has taught at the William Esper Studio in NYC. Her acting credits include numerous productions in New York, both on Broadway and Off Broadway, US regional theaters, and network daytime television. She is a professional coach with experience in theater, film, and prime time television both in the U.S and the U.K. Her work with Black and Blue resulted in a coveted Tony Award in New York and France’s prestigious Moliere Award as well as a nomination for England’s Olivier Award. Barbara is profiled in “Who’s Who of American Women” and is the recipient of the Rutgers University 2017 Warren I. Sussman award for Excellence in Teaching.