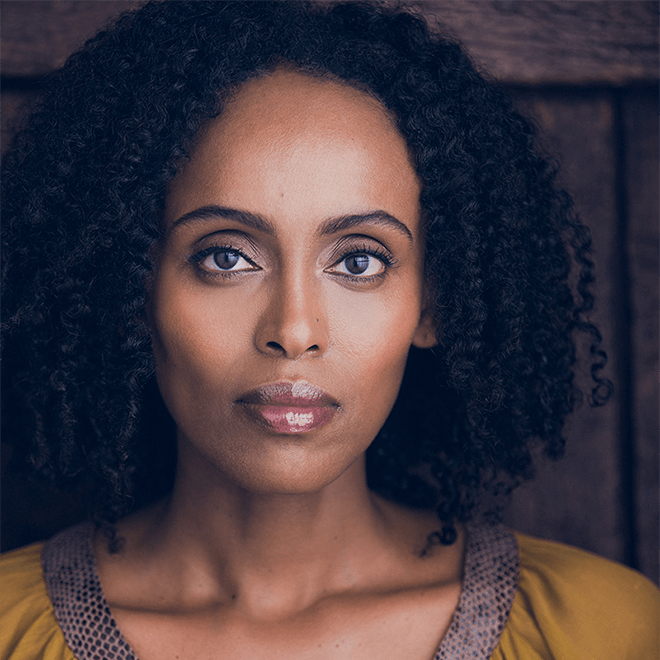 Every moment I spend in my head is ten moments away from the truth.

Degrees & Accomplishments
MFA in Acting, Rutgers University, Mason Gross School of the Arts
BA in Communication, University of Minnesota-Duluth
Topics of Expertise
Storytelling focus on women of the African diaspora
Playwriting
Producing
Women in Film
Theater of the People
Biography

Antu Yacob was born in Dire Dawa, Ethiopia and raised in California and Minnesota. She is an actor, filmmaker, playwright and producer. Her work is focused on women of the African diaspora. Her film Love in Submission was part of the Full Spectrum Features’ collection: Our Right to Gaze: Black Film Identities. The collection served as a case study in the diversity in Hollywood forum at Sundance 2021. Independently the film screened in various festivals including New York African Film Festival, Women of the Lens (UK) and received an Honorable Mention in the Black Muslim Girl Fly Festival. Antu served as a producer for Adrian Luke Sinclair’s film Conjure, which won the Vanguard Award in the 2017 Hip Hop Film Festival.

As an Associate Producer with Project Y Theatre, she conceived All Hands on Deck, a reading series of new plays by 4 prolific Black female writers, which streamed during the pandemic. She received her MFA in Acting from Mason Gross School of the Arts at Rutgers University. She teaches at Baruch College, Rutgers University, and Union County College.