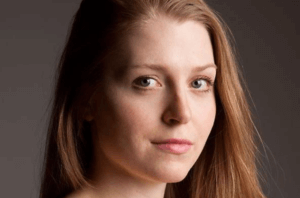 Amber Hongsermeier received her BA in Dance from University of Nebraska at Lincoln (2015). She was the recipient of the Anne and William Porter Award for Creativity in Dance for her choreographic work while attending the University of Nebraska for her undergraduate degree. Her choreographic, performance, and educational career span commercial, concert, and dance spheres. She has worked with Pavel Zustiak, Kayvon Pourazar, Susan Ourada, and Shana El and was a guest choreographer at Bryn Athyn College (2017). Hongsermeier is a somatically based dance professional, including Pilates and vinyasa yoga, who focuses her study of dance theory through an anthropological perspective.