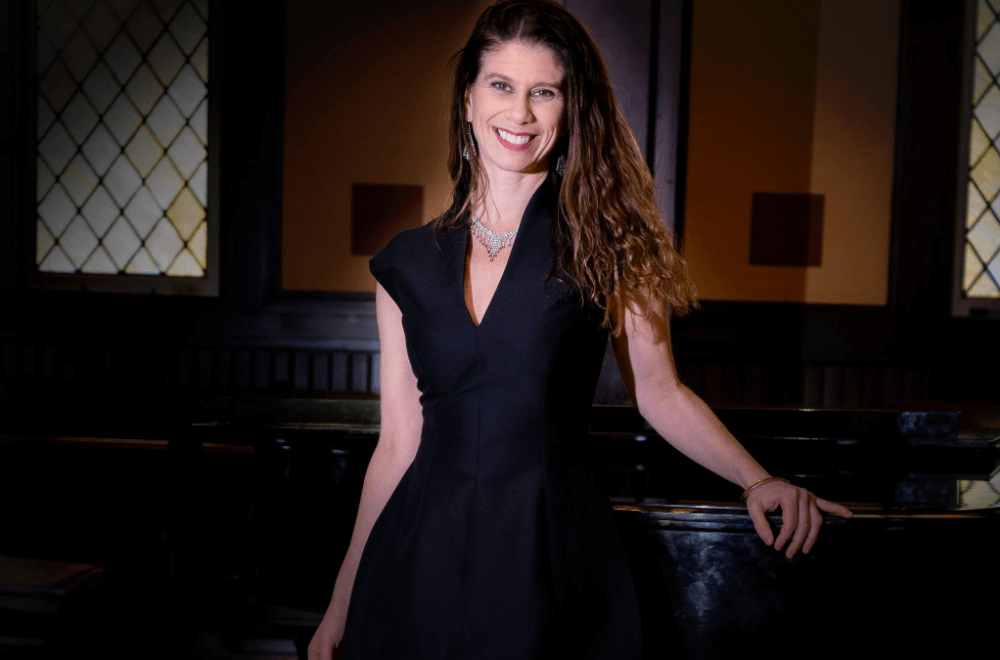 Amanda Harberg is a composer whose work has been described by The New York Times as “a sultry excursion into lyricism.” Her writing weaves classical Western tradition with contemporary influences to create a distinctively personal style which “conveys a thoroughly original sense of happiness in music” (Cleveland Classical). “She invigorates the brain and touches the soul,” says composer John Corigliano. “I love her work.”

Harberg’s work has been conducted by Yannick Nézet-Séguin, JoAnn Falletta, David Alan Miller and David Lockington, among others. She has been commissioned by the Philadelphia Orchestra Association, the New World Symphony, the Grand Rapids Symphony, the Juilliard School, the Albany Symphony’s Dogs of Desire, the New Jersey Youth Symphony, the Dorian Wind Quintet, the Bay Atlantic Symphony, the Harmonium Choral Society, and the Network for New Music, and received many consortium commissions for new recital works.

Harberg’s music has also been presented at Carnegie Hall, Lincoln Center, Verizon Hall, the Philadelphia Chamber Music Society, and Bargemusic. Her recent works for flute and piccolo have won numerous awards and Harberg “has become something of a hero to the flute and piccolo community along the way,” notes the website of the Chicago Symphony Orchestra. Her recently completed Piccolo Concerto premieres in fall 2021 on the Philadelphia Orchestra’s Digital Stage series with renowned piccoloist Erica Peel.

She has received a Fulbright Hays fellowship, the Juilliard School’s Peter Mennin prize, two New Jersey State Council on the Arts Fellowships, a New York State Council on the Arts Fellowship, and a MacDowell Colony summer residency. Her chamber music has also won four Newly Published Music Awards from the National Flute Association. Harberg’s music is published by Theodore Presser Company and her work has been recorded on many labels including Naxos American Classics and Koch International.

Dr. Harberg is on the faculty at Rutgers University and the Interlochen Arts Camp, and her music can be heard at amandaharberg.com.